The red snout beetles (Rhynchophorus ferrugineus) larvae can dig up holes in the heart of a palm tree up to a meter long, thereby weakening and eventually killing the palm. These weevils were likely brought to Greece in 2004, along with palms imported from North Africa in order to give the Olympic Games an exotic feel for athletes and tourists. Thanks to the hitchhiking beetle all of those trees that were planted are on their way out and the ones that were here before that are also suffering. The damage it has caused has worried not only producers and importers but also private businesses, mainly hoteliers who have planted lots of palms, like Maria, the owner of Mariliza where I photographed those palm trees. She said that treatment would cost her five hundred euros for each palm.

She lost the shade that leaves were creating and she lost guests who were coming to her hotel as the lane of palm trees was making it so luxurious and what’s left doesn’t look as inviting. The red palm weevil is not easy to find. In some countries, people use sensitive microphones and earphones to track it down from the noise made by the caterpillar inside the tree trunk. Scientists are conducting research into ways of combating the insect by means of microorganisms that kill insects, nematodes, fungus and viruses as biological enemies. Such research is still in its infancy in Greece. 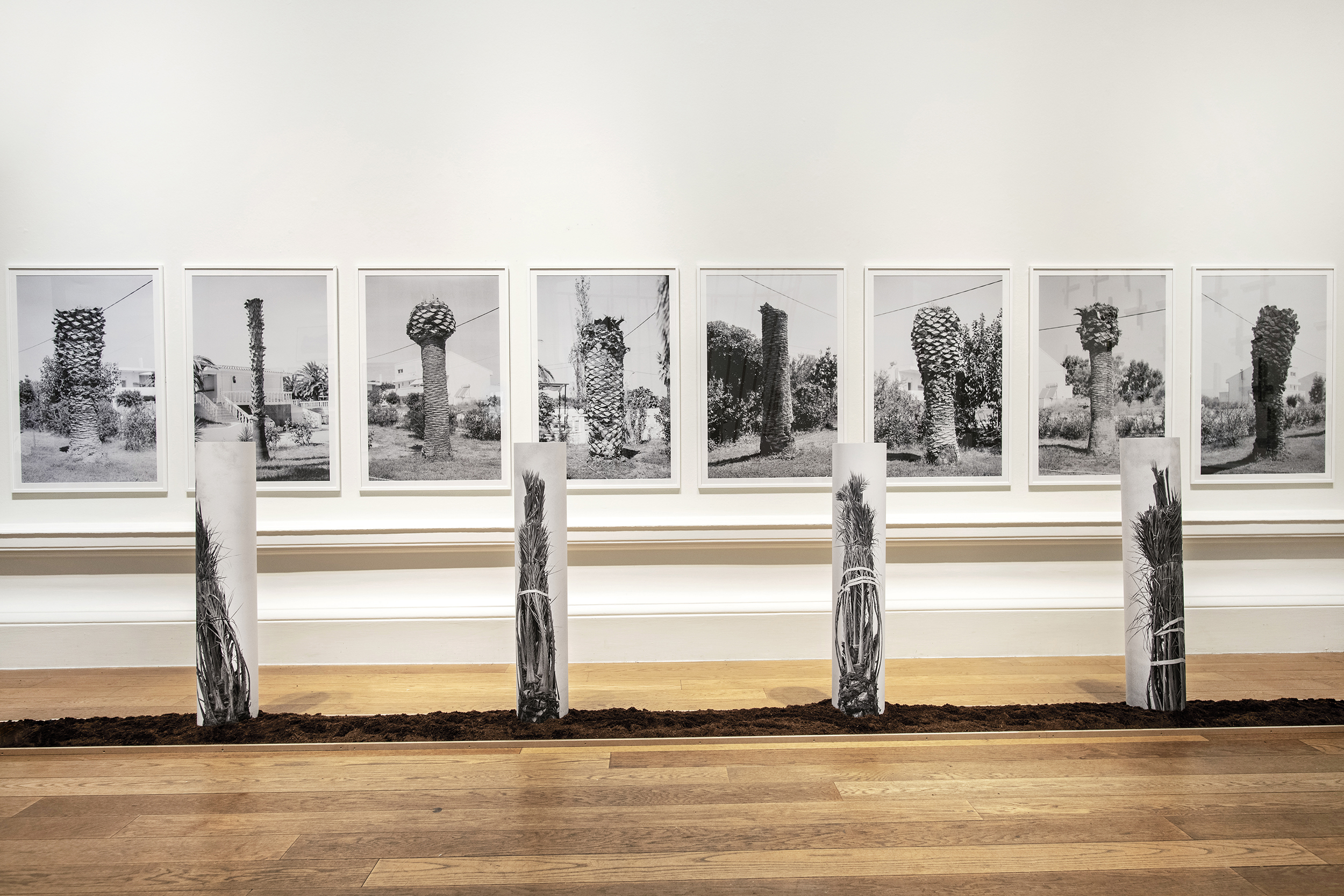 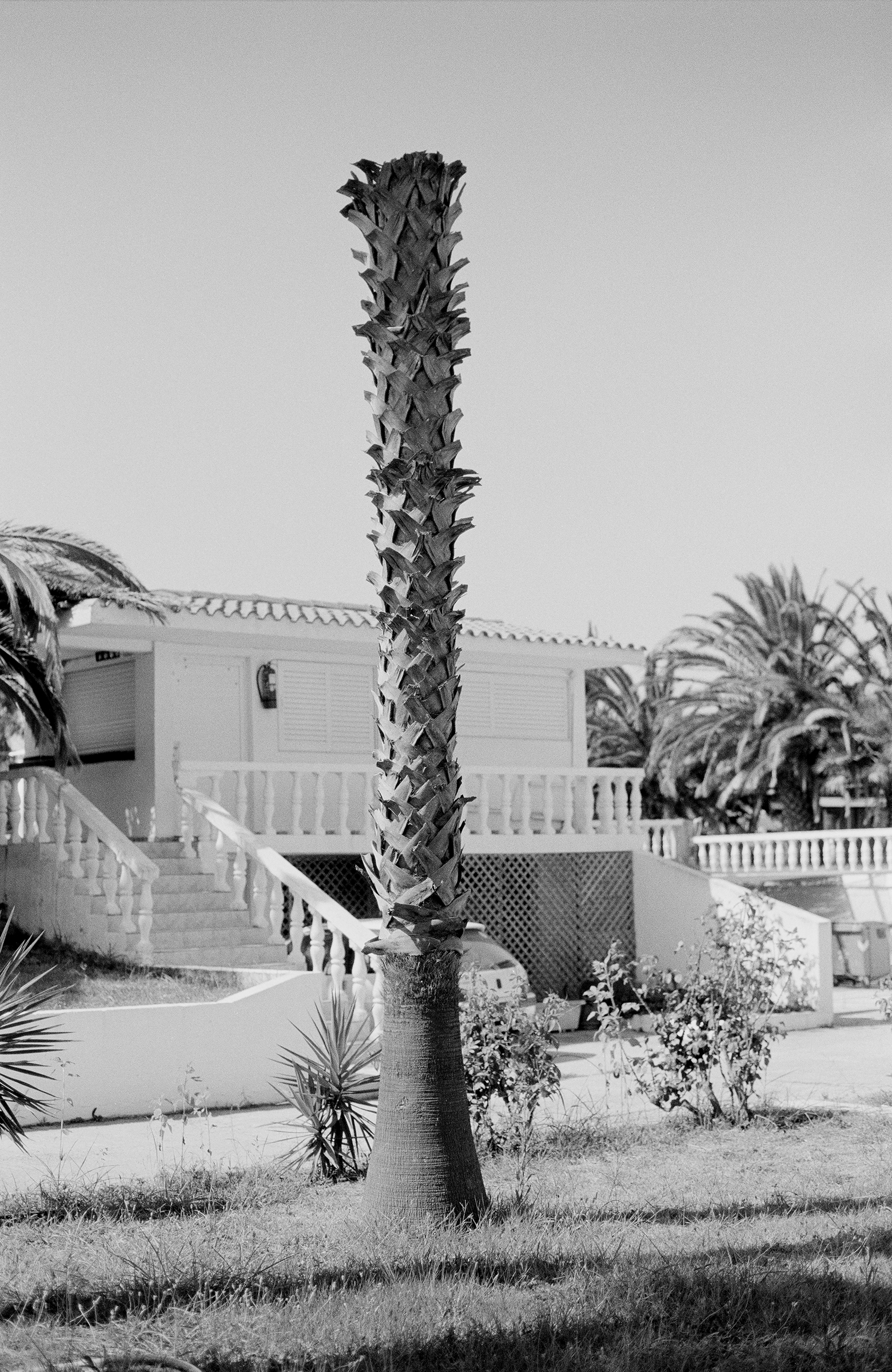 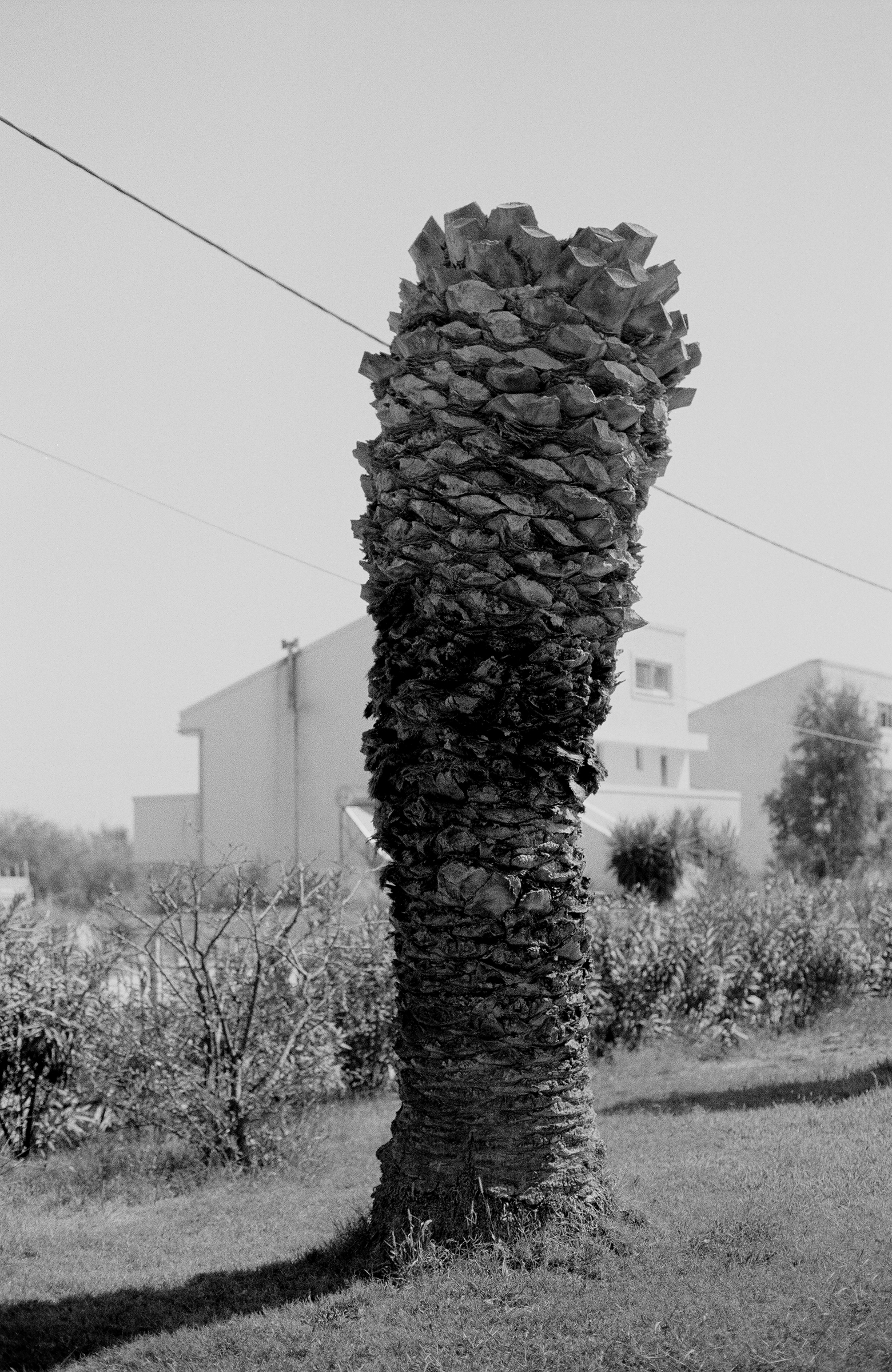 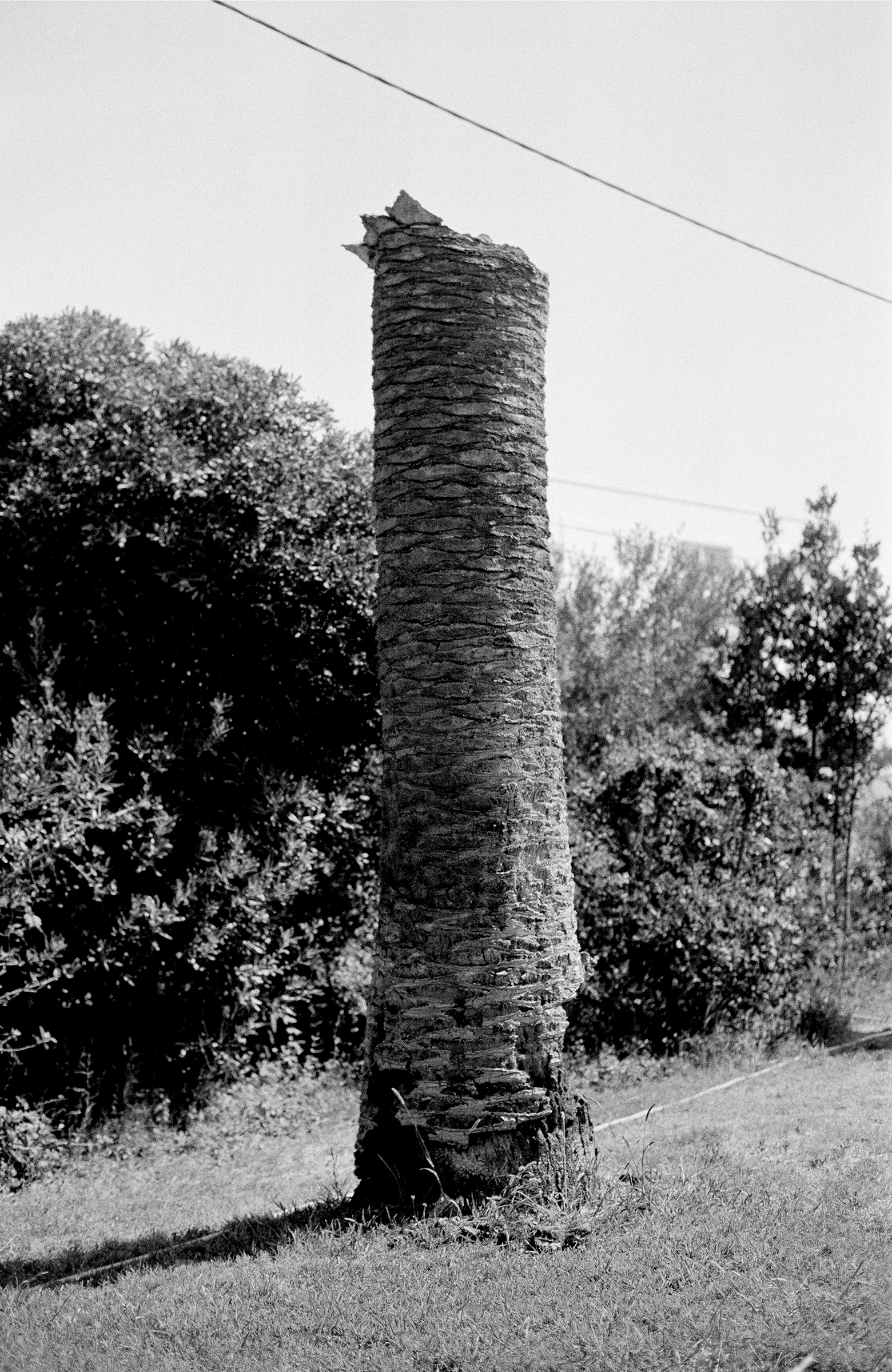 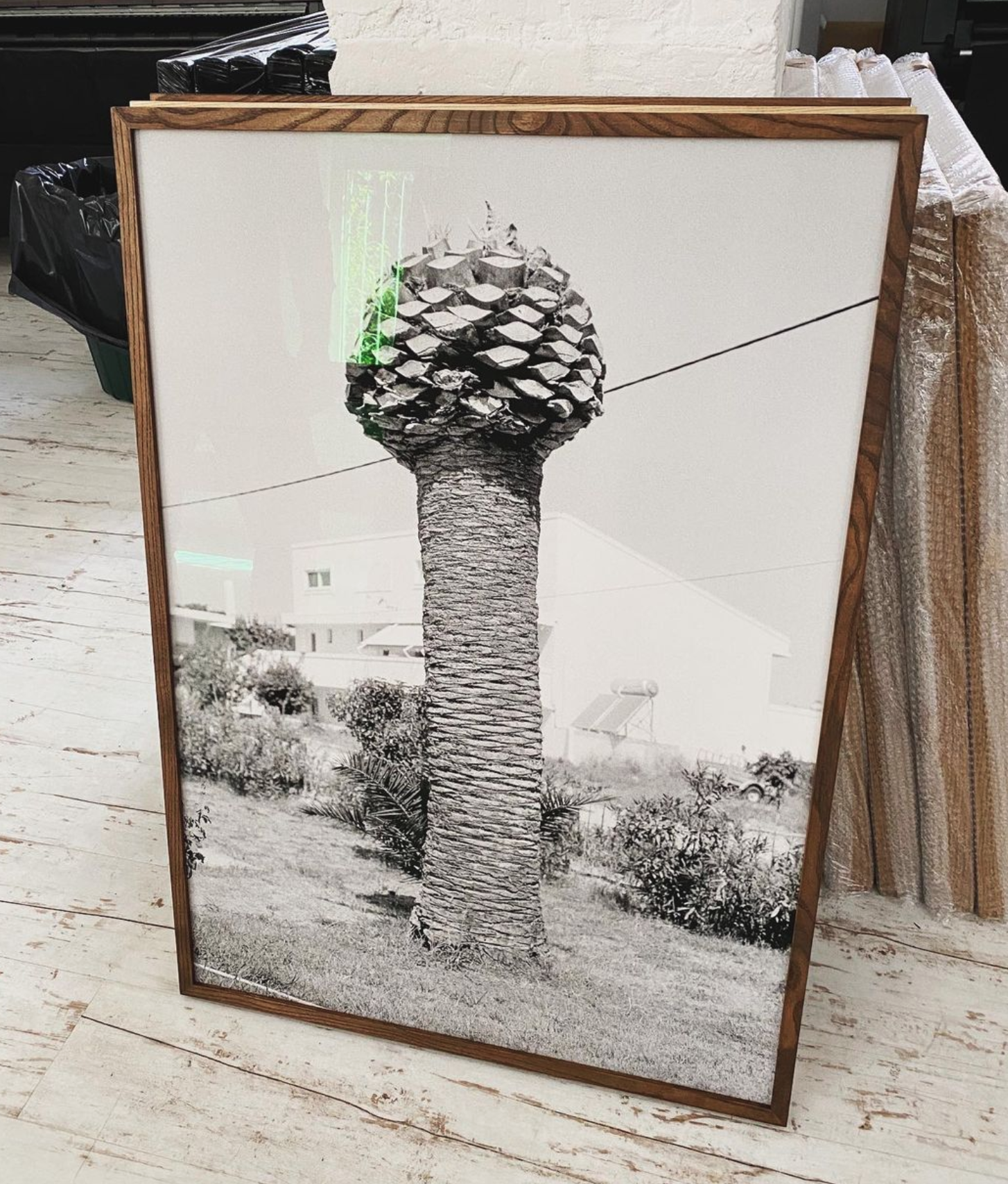 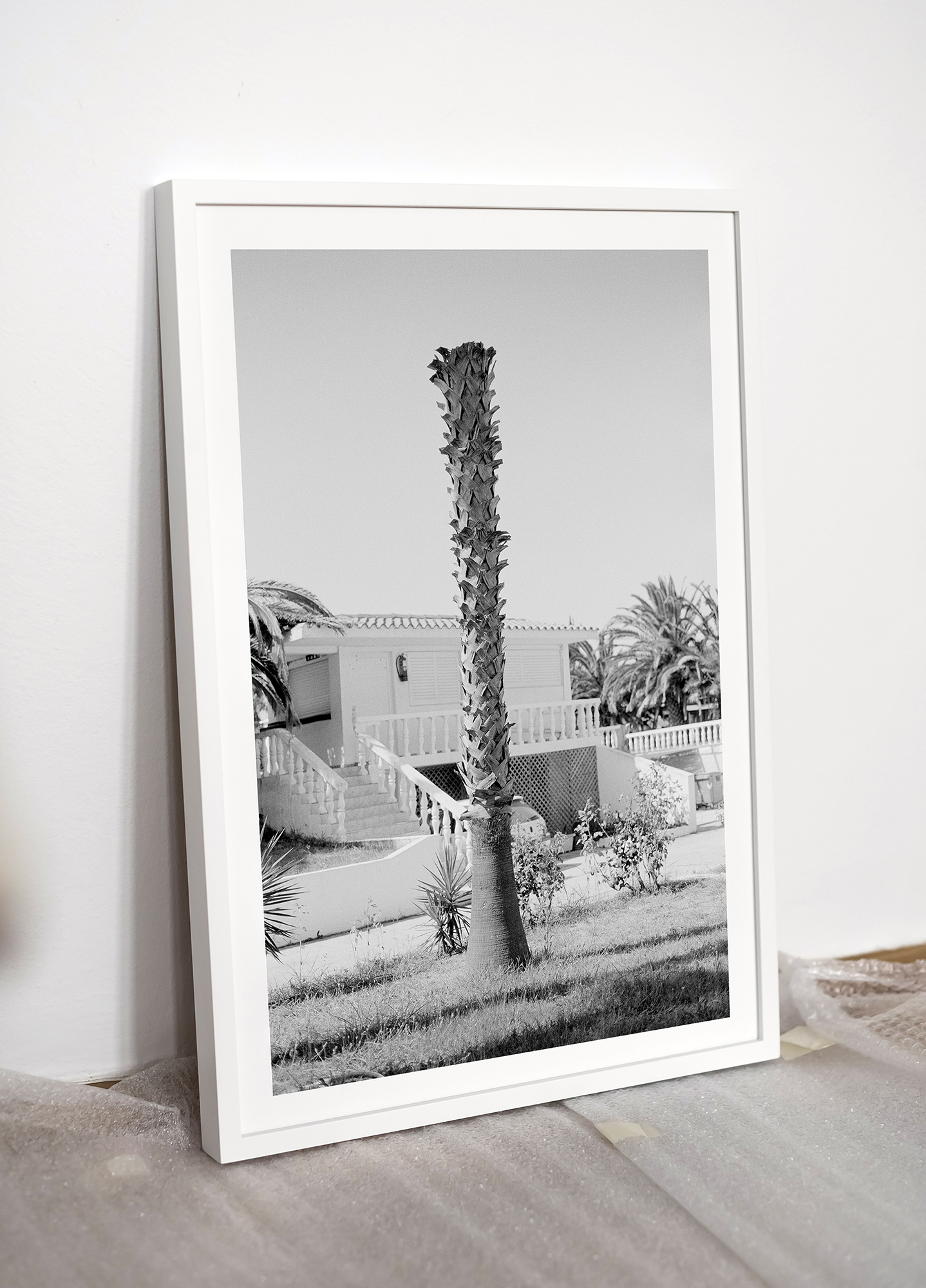 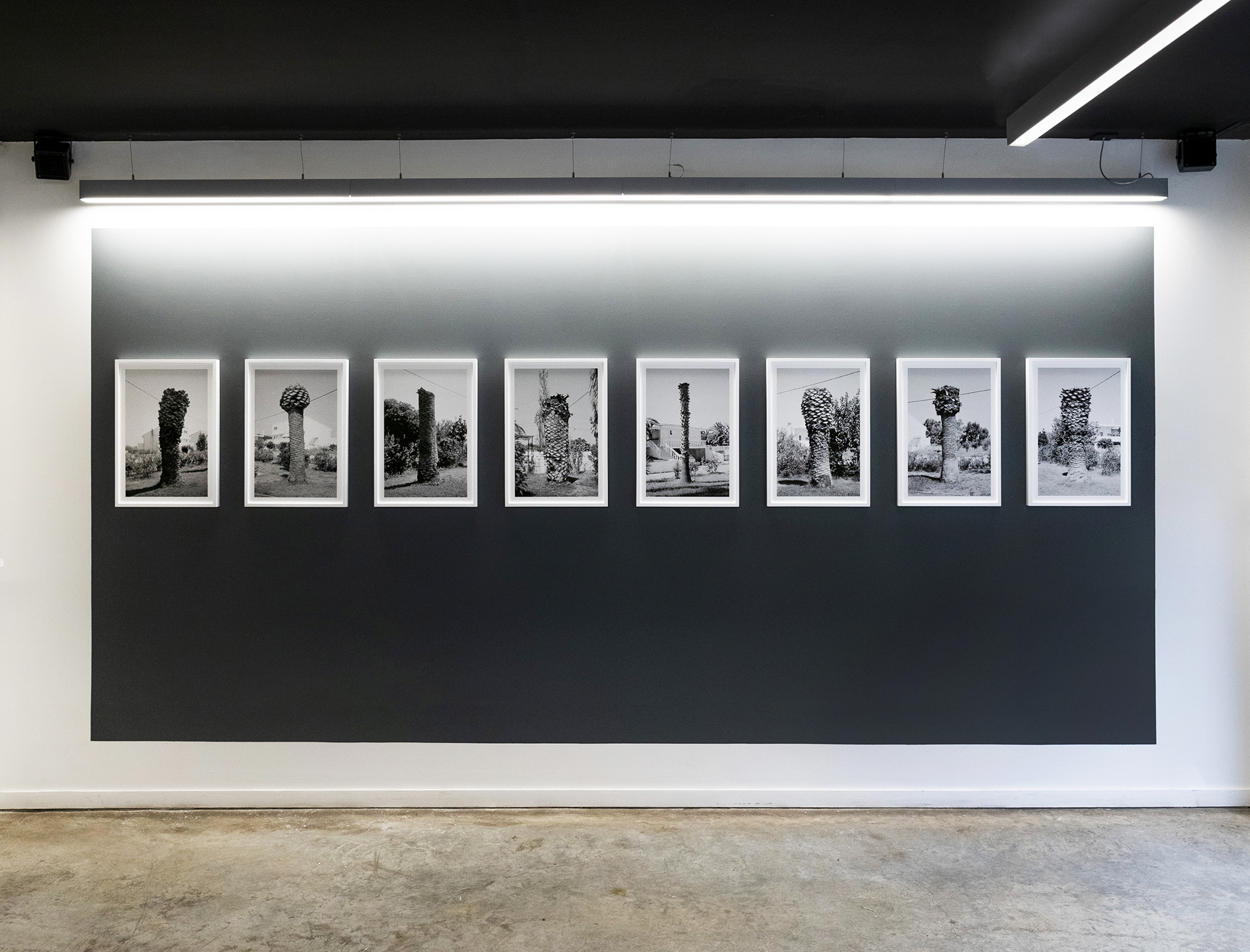